In July 2011, Carina 2 (Fiat Palio Adventure Dualogic) has been acquired, which allows experimental tests in urban traffic and higher speed. It is a Fiat Palio Adventure Dualogic modified for computational control of steering, throttle, and brake. All mechanical and electrical modifications have been made while maintaining the original aesthetics of the vehicle. CaRINA 2 software is on Ubuntu Linux and ROS for message passing. 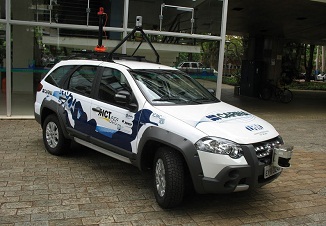 In April 2012 the first computational control (drive by wire) tests with Carina 2 have been performed. In September 2012, the vehicle has been tested in USP/SC campus with fully autonomous control.

In October 2013, Carina 2 performed a public demonstration of autonomous navigation in the streets of Sao Carlos. During the demonstration, the vehicle was able to detect obstacles like people and other cars and keep a safe distance from them. To the best of our knowledge, this is the first autonomous driving experiment in public streets ever performed in Latin America. The demonstration has been covered in the media and is available in the website along with other related videos. 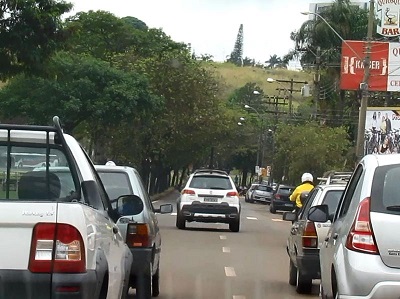 Currently the CaRINA 2 standard sensors setup consists on : 1 LIDAR Velodyne HDL-32E, 1 stereo camera PointGrey Bumblebee2, 1 GPS Septentrio AsteRx2i, e 1 IMU Xsens MTi. Several other camera sets and radas are being tested and will be added to the vehicle in the near future.

Several research works related to the software development of the vehicles are still ongoing. Most of them are available in the Research section of this webpage.

Videos and photos are available here.